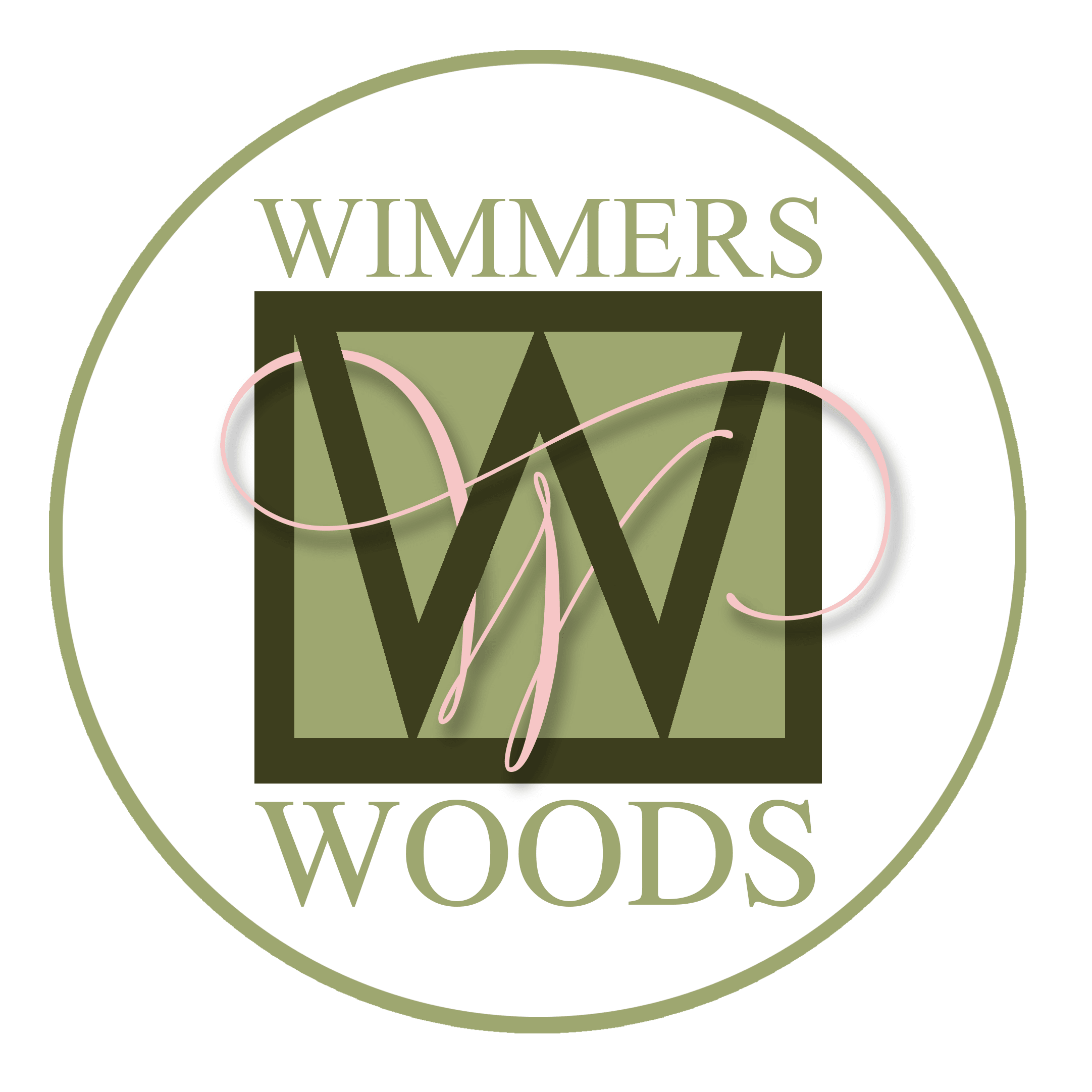 Welcome to Wimmer's Woods! We believe in creating and sharing Enchanted Art through our Enchanted Adventures! We seek the outdoor textures, spaces, color, light and fresh air--while looking for inspiration to bring fairies, gnomes, elves, and magical worlds to life. We find tiny gnome homes to live in and mushroom patches that fairies can fall into sleep to dream in. We welcome you together, into our creative minds and our artful-hearts. Welcome!

We are always seeking adventures in the fresh outdoors. Waterfalls, forests, foliage, trails, flowers combined with the magical creatures that reside there!

We are both traditional artists by heart. Mike is a prolific portrait painter and a lover of all painting and drawing media. Jime has rediscovered her love of line and traditional graphite.

Mike Wimmer was born in Muskogee, OK and received his BFA from the University of Oklahoma and had the opportunity to study with Don Punchatz at The Sketch Pad Studio in Arlington, TX. Mike Later completed his MFA at the University of Hartford in Hartford, CT. Mike  is Professor of Illustration at Savannah College of Art and Design (SCAD) in Savannah, GA and formerly served as the Distinguished Visiting Artist at the School of Visual Arts in the Petree College of Arts and Sciences at Oklahoma City University.

Mike has been featured in an Emmy Award winning production of the television series “Gallery” which runs on OETA. He has produced artwork for some of the largest corporations in the world, including Disney, Proctor and Gamble. RJR Nabisco, Kimberly Clark, and has had the honor of painting portraits of some of America’s most prestigious citizens. His work has recently been seen on packages of Celestial Seasons Teas, and has painted some 300 covers for almost every major publisher in the United States.Mike’s goals have remarkably stayed the same throughout his career: “The details help tell the story.” The details are not only found in his paintings, but in his life as a teacher, a husband and a father. These goals are wrapped up in his personal motto; “Learn It, Live It, and Teach It.”

Mike has illustrated many children’s books and book covers. “Train Song” by Diane Siebert, 1991 NCSS/CBC Notable Children’s Trade Book in the field of Social Studies and a Redbook Best Book for 1990. He is also the illustrator of “Flight: The Journey of Charles Lindbergh” by Robert Burliegh, published by Putnam Philomel who was the winner of the Orbis Pictus Award for Outstanding Nonfiction for Children 1990. “All the Places to Love” by Patricia MacLachlan was published in 1994 by Harper Collins and has become a favorite of every generation. It also won the Oklahoma Book Award for Best Illustrated Children’s Book for 1995. “Homerun: The Story of Babe Ruth”, Mike’s second book with Bob Burliegh, was published in 1997 by Harcourt Brace and has been included on many state book award lists. In 1999 Simon and Schuster published “Summertime”-from Porgy and Bess by George and Ira Gershwin with Dubose and Dorothy Hayward. “Will Rogers” written by Governor Frank Keating was released in August of 2002. It has been awarded the 2003 Spur Award from the Western Writers Association of America.

“Theodore”, written by Frank Keating was released in January of 2006 and received a starred review in the MARCH 2006 ISSUE OF SCHOOL LIBRARY JOURNAL. Theodore has also received reviews in Kirkus, review December 1, 2005 and Publishers Weekly, favorable review, January 23, 2006.  “Stealing Home”, written by Robert Burliegh, published by Simon and Schuster, 2007.  The book has received two starred reviews from PUBLISHERS WEEKLY, December 2006, and the January 2007 STAR REVIEW. “The Trial of Standing Bear”, written by Frank Keating, published by The Oklahoma Heritage Foundation, 2008; was awarded the SPUR Award by the Western Writers of America in 2009. “One Giant Leap”, written by Bob Burleigh, published by Putnam Penguin Philomel Books for Young Readers, 2009 and was voted as a 2010 NSTA/CBC Outstanding Science Trade Book. “Pilgrim’s Progress”, written by John Bunyan and reedited by C.J.Lovik, published by Crossway Publishing, 2009.

"I recently launched my new book “George”, written by Frank Keating and published by Simon and Schuster, on George Washington’s 280th birthday celebration at Mt. Vernon on Presidents Day February 20, 2012. It was an incredible visit where I signed some 600 books over the weekend. Click on the link below to view a short video about George. The book has garnered much acclaim and was recently named as an Oklahoma Book Awards Finalist for 2013. Mike and Governor Keating have just released another collaboration "Abraham" in 2017 and just released their newest book together, "Hamilton", both published by Simon and Schuster."

Mike maintains his art studio in Savannah, GA and is available for Portrait and Illustration work:

Jime was raised in the countryside of Northeastern Pennsylvania. Her childhood was filled with fields, forests, ponds, and fresh air. The rural nature brought her close to animals both wild and domestic. Growing up on a dirt road can bring isolation but with that also comes imagination.
Jime is a proud mom of 2 grown sons, Holden and Brodie. She earned her MFA in Illustration from Hartford University and her BS in Art Education at Keystone College as an adult student while raising her sons during their young ages. Always pursuing art, Jime also fell in love with teaching art.
After teaching HS students for ten years, she went onto pursue a career at the college level and has been an Assistant Professor of Art at the University of Central Oklahoma and is currently a full time Professor at the Savannah College of Art and Design since 2018. She teaches Drawing, Digital Drawing, Inventing Environments, Drawing for Storyboard and Life Drawing.

Putting aside paint, Jime has pursued 'drawing' full time, because that is where her passion began. Making marks, getting lost in line work. For Jime, that is where she is happiest, making "Prettylines". "I've always lived and loved to move delicate, flowing lines across paper. As a daydreamer and a doodler...it is the organic nature of line that moves me. Curious lines, scratchy lines, implied lines, delicate lines and "pretty- lines". I work to make the confusion clearer. I love both the simplicity and the complexity that the power of line holds. I feel my own emotional energy flowing through my fingers with both conscious and subconscious connections to my work."

The presence of this badge signifies that this business has officially registered with the Art Storefronts Organization and has an established track record of selling art.

It also means that buyers can trust that they are buying from a legitimate business. Art sellers that conduct fraudulent activity or that receive numerous complaints from buyers will have this badge revoked. If you would like to file a complaint about this seller, please do so here.

This website provides a secure checkout with SSL encryption.

Your cart is currently empty.

This is only visible to you because you are logged in and are authorized to manage this website. This message is not visible to other website visitors.

Below, select which favorite lists you would like to save this product into.

This means you can use the camera on your phone or tablet and superimpose any piece of art onto a wall inside of your home or business.

To use this feature, Just look for the "Live Preview AR" button when viewing any piece of art on this website!

Enter your email below and we'll email you a 20% OFF Coupon right now!

This offer is valid for NEW CUSTOMERS only!